No really! The hope for the GOP is all these Trump administration officials who will leave untouched by the Trump stench, says Baghdad Bob.
By Frances Langum
3 years ago by Frances Langum
Views:

We are starting to see a constant stream of Republican talking heads (see Morning Joe every single day) once again attempting to distinguish "The Republican Party" from "Donald Trump and Trumpism."

Good thing I wrote "Don't You Dare Call It Trumpism" in August of 2016. Yes, I saw this coming for miles.

And the latest is Dan Senor, George W. Bush's 'Baghdad Bob,' not known for truthfulness as his first line of defense. He was on Fareed Zakaria's show this weekend to explain, as all Republican lifeboat builders must, how the Republican Party will survive and thrive after Trump.

And he did so in a hilarious way:

ZAKARIA: But you don't see the Trump takeover of the Republican party as complete.

SENOR: No. Because, you know, historically the party is defined basically by who the most senior elected official is of that party. And right now that person is Donald Trump. And when Donald Trump goes, someone will succeed him. It could be Tom Cotton, it could be Ben Sasse, young military vets running as Republicans in this cycle. Smart, impressive, energetic people. They sound a lot more like Paul Ryan on many issues. All be it not all, but on many issues, than they do like Donald Trump. One of those people will succeed. Mike Pence. I mean, his own vice president! Nikki Haley. Mike Pompeo. Look at the people who you would see as the bench of the Republican party. They sound much like -- much more like the pre-Trump party than the current Trump party.

Uh, Dan? Were you still smoking your 4/20 stash this weekend? Because Haley, Pompeo, and Pence are in Trump's White House. 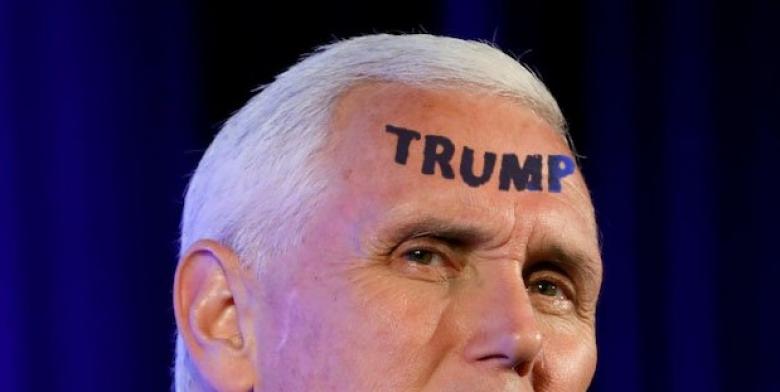 Senor also insisted that while Paul Ryan is out of the House of Representatives, his dream of cutting Social Security and Medicare lives on! "You know, I think we are going to face an entitlement crisis in 10 or 20 years, and conservatives will be -- even at the grassroots, will be supportive of doing something significant. Some of the ideas that Paul Ryan had advocated."

Fear not, Granny Starvers! Dan Senor says you'll get your chance yet.

Wake Up, 'Morning Joe': It's Not 'Trumpism,' It's Republicans

The Morning Joe panel asks "what happened to the Republican Party?"
By Frances Langum
comments
Apr 20, 2018

Sorry Max Boot, But The Problem Isn't Trumpism. It's Republicanism

You can always tell a both-siderist lifeboat-building douchebag liar when they blame "Washington" or "Congress" for the "mess."
By Frances Langum
comments
Mar 13, 2018

Chris Cillizza Remembers The Past, Builds A Lifeboat For GOP

Leave it to Chris Cillizza to pretend Trump and the Republican Party are separate. Who voted for him again?
By Frances Langum
comments
Aug 23, 2019

Sorry, GOP, There Is No 'Soft Landing' For Donald Trump, Or You

The Morning Joe White Guys Panel (tm) says Republicans should be looking for a "soft landing" for Donald Trump outside of his current office? Soft landing for WHOM?
By Frances Langum
comments
Aug 22, 2017